Obscurely born (rumors circulated secretly like poorly printed money: was I caesarian? a breech? were those forceps marks on the back of my little red neck? was my papa playing baseball when my mother pushed me screaming into being? was I supposed to care that I was born obscurely?) of parents who hardly honored their heritage even by the bother of forcibly forgetting it; and who had many prejudices but few beliefs (the town I grew quickly older in appeared to be full of nigs, micks, wops, spicks, bohunks, polacks, kikes; on the public walks, in the halls of the high school, one could not be too careful of the profaned lips of water fountains); thus while there was much to complain of, just as there is in any family—much to resist—it was all quite particular, palpable, concrete. Good little clerk, my father hated workers, blacks, and Jews, the way he expected women to hate worms. There wasn’t a faith to embrace or an ideology to spurn, unless perhaps it was the general suggestion of something poisonously Republican, or a periodical’s respect for certain Trade Marks. And I remember resolving, while on long walks or during summer reveries or while deep in the night’s bed, not to be like that, when that was whatever was around me: Warren, Ohio—factory smoke, depression, household gloom, resentments, illness, ugliness, despair, etcetera, and littleness, above all, smallness, the encroachment of the lean and meager. I won’t be like that, I said, and naturally I grew in special hidden ways to be more like that than anyone could possibly imagine, or myself admit. Even as a grown man I was still desperately boasting that I’d choose another cunt to come from. Well, Balzac wanted his de, and I wanted my anonymity.

School was a dull time in the beginning; I was a slow student, my achievement intermittent and unpredictable as a loose wire. I decorated my days with extravagant, outrageous lies. Yet I was reading Malory, too, and listening to Guinevere bid Launcelot adieu:

For as well as I have loved thee, mine heart will not serve me to see thee; for through thee and me is the flower of kings and knights destroyed. Therefore, Sir Launcelot, go to thy realm, and there take thee a wife, and live with her with joy and bliss, and I pray thee heartily pray for me to our Lord, that I may amend my misliving.

Amend my misliving. And everything in me then said: I want to be like that—like that aching phrase. So oddly, at a time when no one any longer allowed reading or writing to give them face, place, or history, I was forced to form myself from sounds and syllables: not merely my soul, as we used to say, but guts too, a body I knew was mine because, in response to the work which became whatever of me there was, it angrily ulcerated.

I read with the hungry rage of a forest blaze.

I wanted to be a fireman, I recall, but by eight I’d given up that very real cliché for an equally unreal one: I wanted to become a writer

… . a what? Well, a writer wasn’t whatever Warren was. A writer was whatever Malory was when he wrote down his ee’s: mine heart will not serve me to see thee. And that’s what I wanted to be—a string of stresses.

The contemporary American writer is in no way a part of the social and political scene. He is therefore not muzzled, for no one fears his bite; nor is he called upon to compose. Whatever work he does must proceed from a reckless inner need. The world does not beckon, nor does it greatly reward. This is not a boast or a complaint. It is a fact. Serious writing must nowadays be written for the sake of the art. The condition I describe is not extraordinary. Certain scientists, philosophers, historians, and many mathematicians do the same, advancing their causes as they can. One must be satisfied with that.

Unlike this preface, then, which pretends to the presence of your eye, these stories emerged from my blank insides to die in another darkness. I willed their existence, but I don’t know why. Except that in some dim way I wanted, myself, to have a soul, a special speech, a style. I wanted to feel responsible where I could bear to be responsible, and to make a sheet of steel from a flimsy page—something that would not soon weary itself out of shape as everything else I had known (I thought) always had. They appeared in the world obscurely, too—slow brief bit by bit, through gritted teeth and much despairing; and if any person were to suffer such a birth, we’d see the skull come out on Thursday, skin appear by week’s end, liver later, jaws arrive just after eating. And no one of us, least of all the owner of the opening it inched from, would know what species the creature would eventually contrive to copy and to claim. Because I wrote these stories without imagining there would be readers to sustain them, they exist now as if readerless (strange species indeed, like the flat, pigmentless fish of deep seas, or the blind, transparent shrimp of coastal caves), although a reader now and then lets light fall on them from that other, less real world of common life and pleasant ordinary things.

Occasionally one’s companion, in a rare mood of love, will say: ‘Bill, tell about the time you told off that trucker at the truck stop’; but Bill’s audience knows he’s no emperor of anecdote, like Stanley Elkin, and they will expect at best not to be bored, pallidly amused, not edified or elevated, not cemented or composed; and occasionally one’s children will still want a story told them, improvised on the spot, not merely read or from a flabby memory recited. Then they will beg far better than a dog.

Well which? … which shall I tell you the story of to make you sad so you will cry?

Well which? … which then shall I tell you if you want to cry? … which, the story of?

Woods. I knew it would be woods. 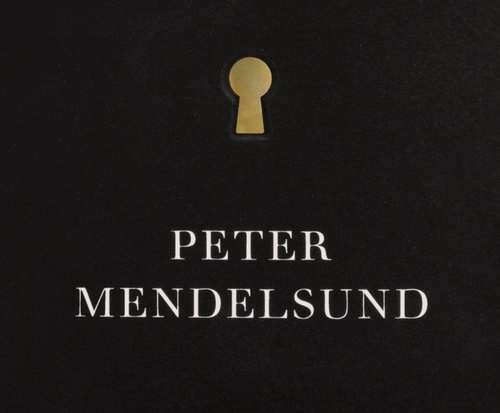 I could begin with Lily Briscoe.
Lily Briscoe—“With her little Chinese eyes and her puckered-up face …”—is a principal character in Virginia Woolf’s novel To the Lighthouse. Lily is a painter. She is painting a picture throughout the course of the narrative—a painting of Mrs. Ramsay sitting by the window reading to her son James. Lily has set up her easel outside on the lawns and she paints while various players flit and charge about the property.
She is nervous about being interrupted, about someone breaking her concentration while she is engaged in this delicate act. The idea that someone would interrogate her about the painting is intolerable.
But kind, acceptable Mr. Bankes wanders up, examines her work, and asks what she wished to indicate “by the triangular purple shape, ‘just there.’ ” (It is meant to be Mrs. Ramsay and her son, though “no one could tell it for a human shape.”)
Mother and child then—objects of universal veneration, and in this case the mother was famous for her beauty—might be reduced, he pondered, to a purple shadow…
Mother and child: reduced.
***
We never see this picture (the picture Lily paints in Virginia Woolf’s novel). We are only told about it.
Lily is painting the scene that we, as readers, are being asked to imagine. (We are asked to imagine both: the scene and its painted likeness.)
***
This might be a good place to begin: with the picture that Lily paints; with its shapes, smudges, and shadows. The painting is Lily’s reading of the tableau in front of her.
I cannot see the scene that Lily is attempting to capture.
I cannot see Lily herself. She is, in my mind, a scarcely perceptible hieroglyph.
The scene and its occupants are blurred.
Strangely, the painting seems more … vivid.