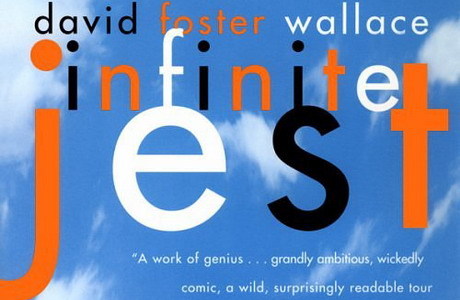 He predicted that the woman, when she came, might want to smoke some of the 200 grams with him, hang out, hole up, listen to some of his impressive collection of Tito Puente recordings, and probably have intercourse. He had never once had actual intercourse on marijuana. Frankly, the idea repelled him. Two dry mouths bumping at each other, trying to kiss, his self-conscious thoughts twisting around on themselves like a snake on a stick while he bucked and snorted dryly above her, his swollen eyes red and his face sagging so that its slack folds maybe touched, limply, the folds of her own loose sagging face is it sloshed back and forth on his pillow, its mouth working dryly. The thought was repellent. He decided he’d have her toss him what she’d promised to bring, and then would from a distance toss back to her the $1250 U.S. in large bills and tell her not to let the door hit her on the butt on the way out. He’d say ass instead of butt. He’d be so rude and unpleasant to her that the memory of his lack of basic decency and of her tight offended face would be a further disincentive ever, in the future, to risk calling her and repeating the course of action he had now committed himself to.
He had never been so anxious for the arrival of a woman he did not want to see. He remembered clearly the last woman he’d involved in his trying just one more vacation with dope and drawn blinds. The last woman had been something called an appropriation artist, which seemed to mean that she copied and embellished other art and then sold it through a prestigious Marlborough Street gallery. She had an artistic manifesto that involved radical feminist themes. He’d let her give him one of her smaller paintings, which covered half the wall over his bed and was of a famous film actress whose name he always had a hard time recalling and a less famous film actor, the two of them entwined in a scene from a well-known old film, a romantic scene, an embrace, copied from a film history textbook and much enlarged and made stilted, and with obscenities scrawled all over it in bright red letters. The last woman had been sexy but not pretty, as the woman he now didn’t want to see but was waiting anxiously for was pretty in a faded withered Cambridge way that made her seem pretty but not sexy. The appropriation artist had been led to believe that he was a former speed addict, intravenous addiction to methamphetamine hydrochloride is what he remembered telling that one, he had even described the awful taste of hydro-chloride in the addict’s mouth immediately after injection, he had researched the subject carefully. She had been further led to believe that marijuana kept him from using the drug with which he really had a problem, and so that if he seemed anxious to get some once she’d offered to get him some it was only because he was heroically holding out against much darker deeper more addictive urges and he needed her to help him. He couldn’t quite remember when or how she’d been given all these impressions.